John Ebbert likes to think about perception and illusion—how representations lie. He is interested in expressions of force, and depth, and motion, and how they may be manipulated in a single artwork, or how multiple works seen together might affect how each are perceived. It could be that his years as a toy display designer in New York City has influenced John’s ideas about presentation, or that his current interest in writing and illustrating children’s books has informed his quirkiness.
​Love & War Carousel – When Drawings Lie
Drawings of things are lies. Photos are too. The trope of 20th Century Modern Art was built upon the destruction of two-dimensional illusionistic space. Then, some people got over that, and Art turned into the anything goes world that it is now.

That’s not what these Love & War drawings are about.
​
Love & War Carousel is about perception. It (they) is/are about the ability to determine if or when a representation can be understood as a lie. (Seems a fitting subject these days.)
​
Setting aside the Love & War theme—that’s another discussion—I’d like to talk about how these drawings were constructed to create a visual lie. 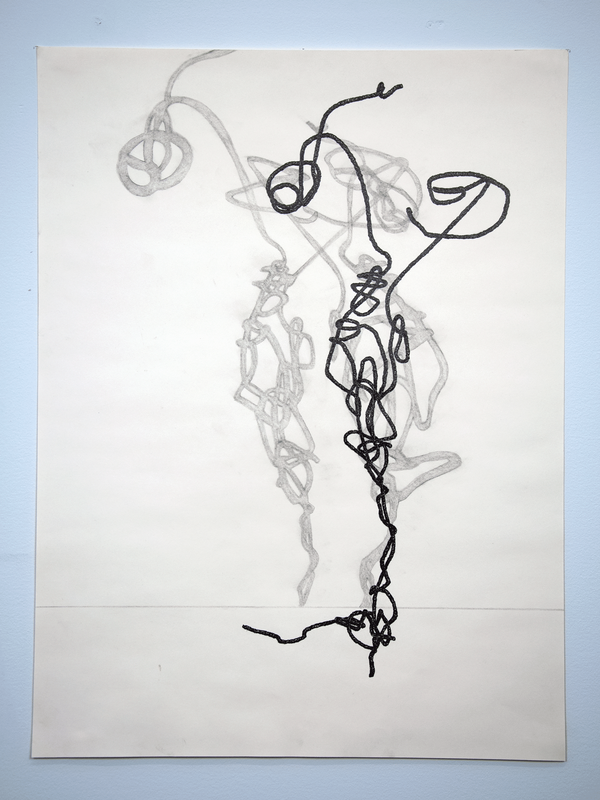 John Ebbert, L&W pos. 24 - graphite on paper
The graphite on paper drawings in this series are meant to be seen as a group. I merely animated pictures of them here, like a flip book, so they can be seen together online. The drawings have as a subject a central figure made up of two entwined “dimensionalized” line segments, and two background “shadow” elements. The central figure rotates in a clockwise direction from drawing to drawing. The shadows rotate as well. The shadow on the right side rotates twice as fast as the central figure. The shadow on the left rotates in the opposite direction, at the same speed as the central figure.

Over the course, while syncopated, the three elements get out of logical congruence. The question is: Is there a point when in looking at the drawings that incongruence becomes apparent? Do we realize the lie?
​
One caveat here: Perhaps this is a better experiment being seen as a group of separate drawings. Perhaps the viewer might detect the odd shadows better there—because there’s time to investigate details. In a looped animation, things happen quickly. The drawings regroup. They resemble correct order again and again.

Lies these days come fast and furious, often at a rate and intensity that makes them hard to keep up with. In such a situation, there comes a point where we may not have the ability to perceive that we are being lied to at all. 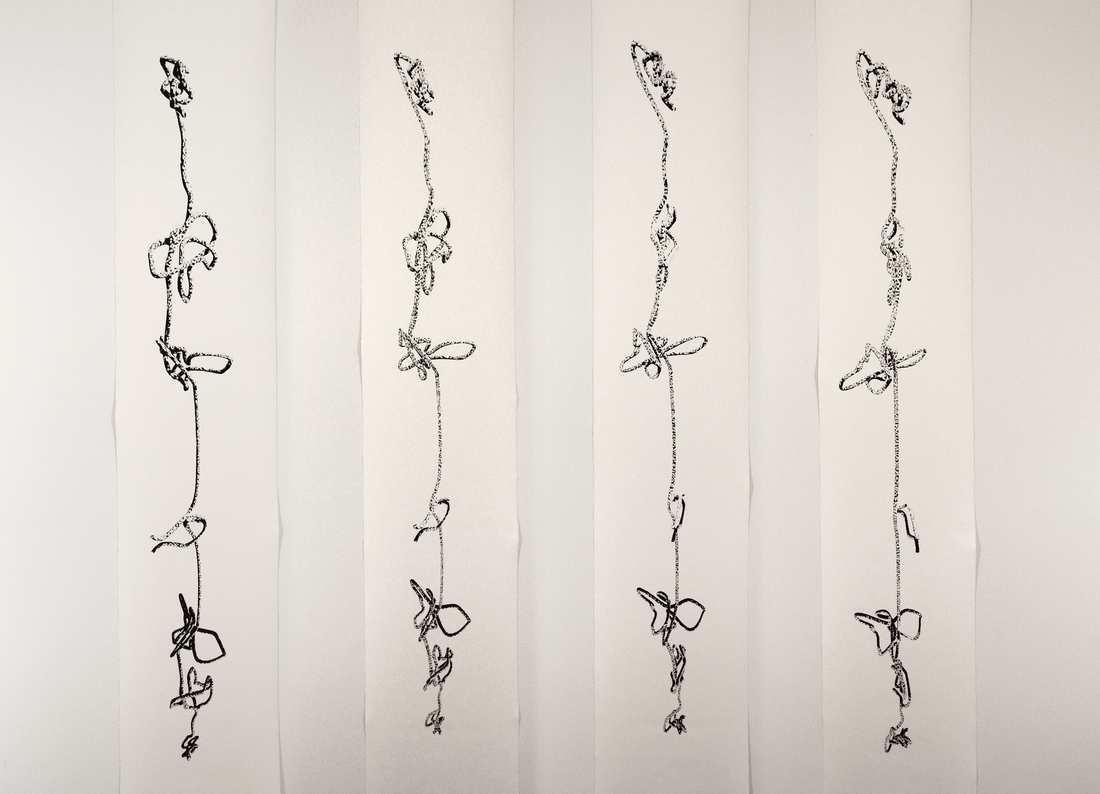 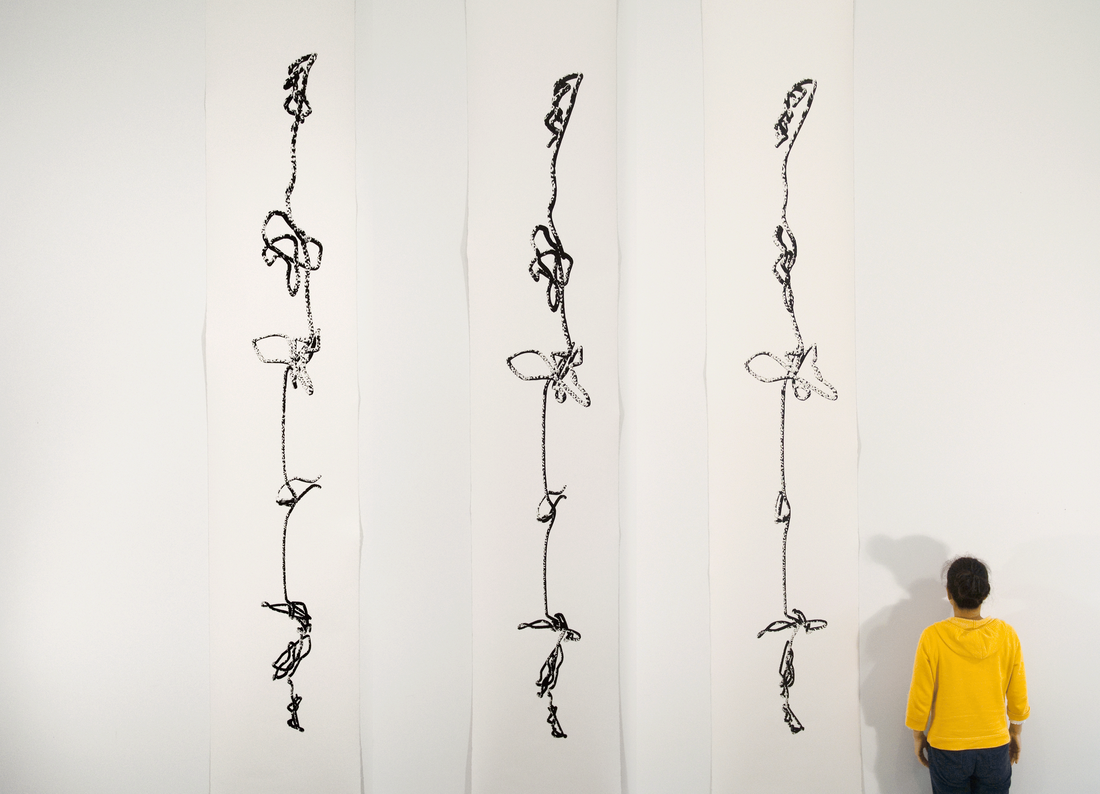 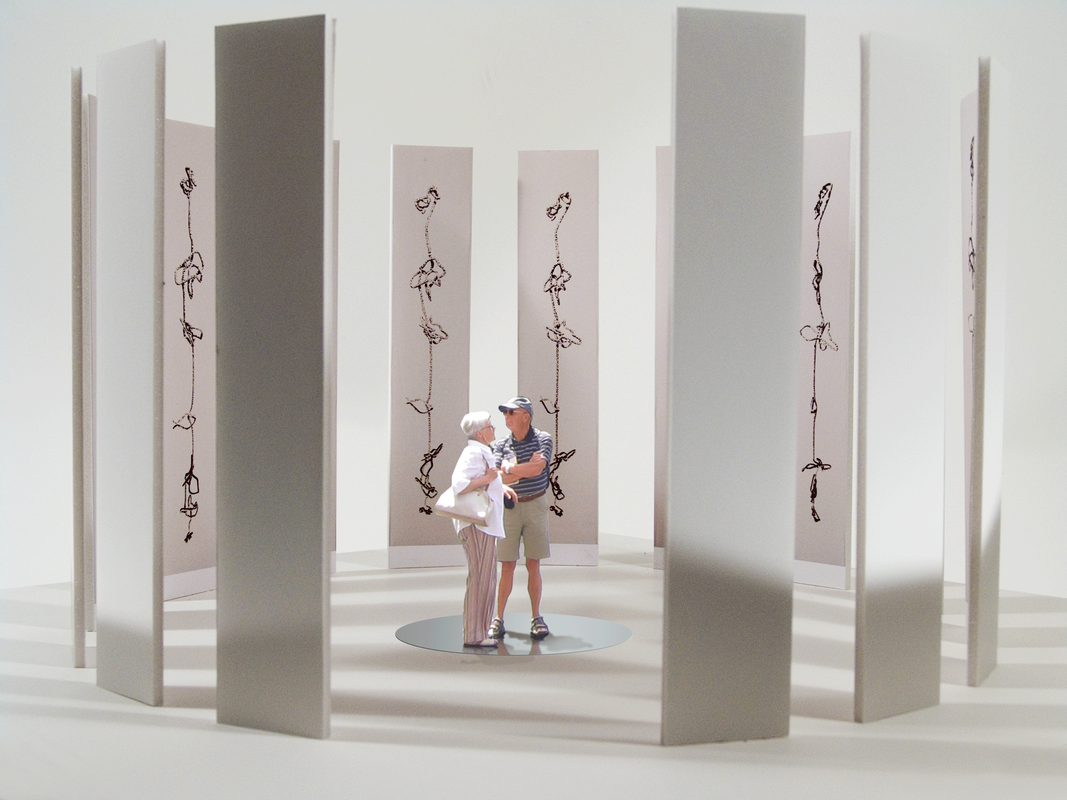 When the world gets better, this will be an installation of the sixteen thirteen-foot-tall sumi ink drawings that have been created for it.

Cardinal is based on the concept of reflection. Sixteen drawings arranged in a circle, describing an 11.25° rotation from drawing to drawing, act as full-length mirrors for a sculpture standing at center on a reflective surface. Within the ink drawings, the figure not only turns, but reflects itself vertically, as if it is standing upon a mirror.

Viewers, in this installation, take the place of the missing sculpture. They may contemplate ideas about their presence there, or mentally project how the sculpture might have looked based on their reading of the group of drawings. 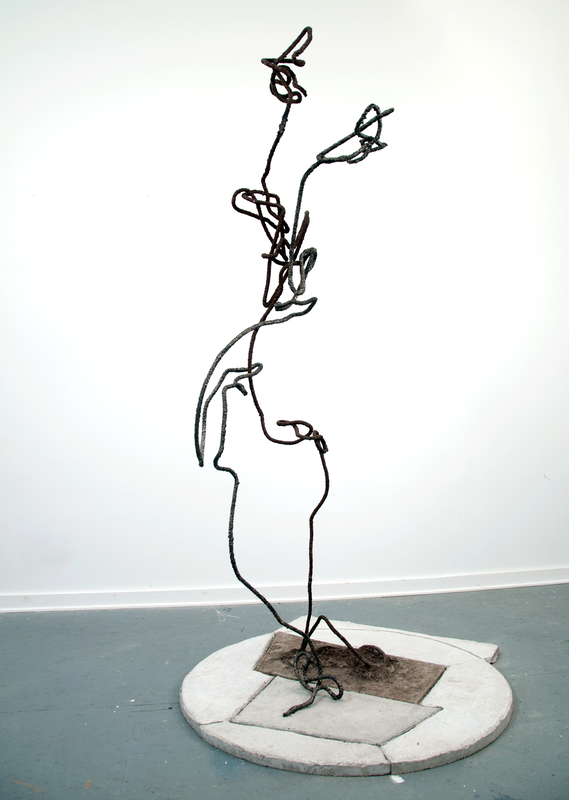 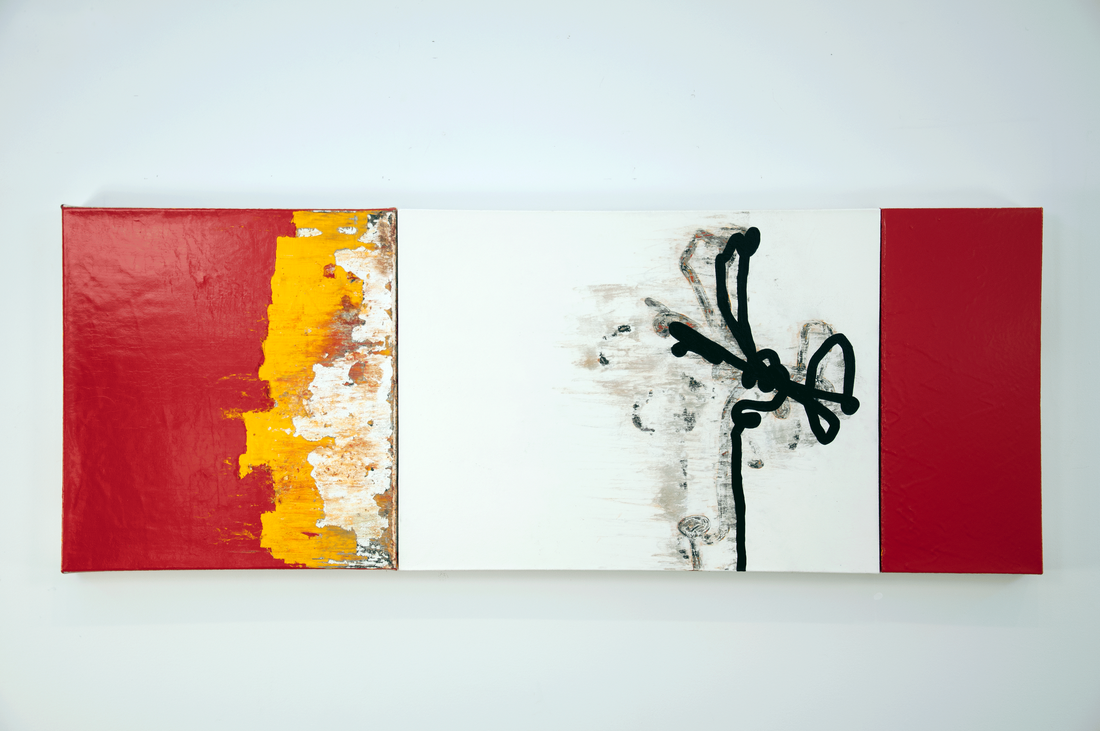